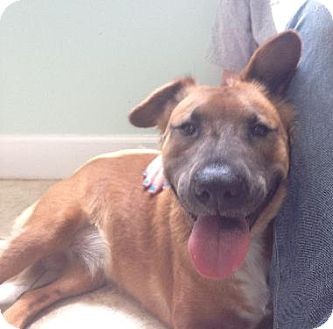 Remember back in October 2012 when Vick and his young daughter were sitting at the kitchen table with a red box of Milk Bone dog biscuits? Now we know the identity of the puppy who chews on those biscuits. On Monday evening, Vick, his family, and a bodyguard were at a New Jersey PetSmart attending a class on dog training.

According to Crossing Broad. com the Belgian Malinois puppy named Angel is attending the training classes; this past Monday was her second lesson. She has four more to go.

Why are we not surprised that Vick chose a working dog? The Belgian Malinois breeds are often used as police dogs and in fact were part of the Navy raid team in the capture and killing of Bin Laden.

While many humane supporters will never forgive Vick for the egregious treatment of his dogs during his illegal dog fighting operation, Vick served 18 months in federal prison and finished his three year probation where he was banned from owning a dog. His past cruelties towards dogs will likely never be forgotten nor forgiven by a great many people and of course the dogs who died trying, but rest assured, the world will be watching.

Mostly everyone knew there was a dog in his family’s future when he announced he wanted his children to have a dog. According to Vick, his dog is “well cared for and loved.”

No one really knows if Vick was ever sorry for the dogs who didn’t win or didn’t die fast enough from the torture inflicted upon them.