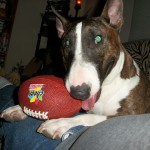 Hi Everybody at MABBR,

It’s been a while since I’ve written to you about the Wonderful English Bull Terrier Daisy Mae which you all so graciously allowed me to adopt back in January 2007, so I thought I would give you the update….

Daisy and I are still in Love and she is the bright light in my life! She will be turning 6 years old Sept. 14 and she really is doing great! She weighs right around 50 Lbs. and is in good health overall, but she is starting to show some signs of displaysia or perhaps the start of some arthritus at this point in her life. We regularly get outside daily several times a day to run and chase her basketball which I roll off the roof or just bounce off the patio. She gets plenty of excersize everyday and loves to come inside and lay down panting in front of the cold air vent until she takes a nap. I had to get her away from her beloved cheap squeekies as she was tearing them open after a while and ingesting some of the fibers inside which ultimately made her sick until I finally figured out what she was doing, so only tuff squeekies from then on and only until I feel she can tear them open – then it’s the trash for them. She loves small basketballs and footballs and she actually has a knack for playing soccer. I really want to get a video camera so I can show you all how much fun she has playing ball and to keep the video for myself as I know one day she will be gone. I really hate to think that day will come as I just Love the heck out of this kid! She still has a comical personality and makes me smile and laugh everyday. 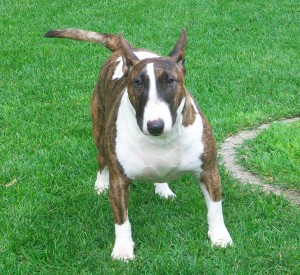 Since my last update a couple of years ago, Daisy has been to the vet regularly 2 times a year for shot updates and overall health checks. I did have to bring her in last year for constipation and ended up giving her an enema myself to save costs. It did the trick and she has had no more problems in that regard. My job also disappeared back in May 2009 and I had to relocate us to another home. I chose a home specifically for her needs as well as mine and found a large house with a fully fenced in back yard. We have trees with squirrels which she loves to chase as well as the occasional rabbit. She actually caught one a couple of years ago. She still has that very intense hunter instinct and will often go into hunting mode if I shake my fist like I have something in it. Daisy spends most of the time inside the house with me and has the run of the whole house. I haven’t had to put her in her kennel in over 3 years. She is still pretty skittish though, especially around 4th of July and New Years when everyone is blowing up fireworks, so I just stay home with her and watch a movie or something. I have had a few girlfiriends that Daisy absolutely loved, but – we were never able to live together because Daisy will not accept their dogs. Daisy thinks she is a person and will not get friendly with another dog, so I guess it’s just her and me until the end, which really is okay in the long run.

I am including some pics of Daisy taken just today. She still acts like a puppy when playing, but can’t wait to go to be every night with me. She has the whole top of the bed while I am under the covers and we go to sleep every night just like any normal couple – well, almost. I sing her lullabys that I make up and she is usually snoring within a few minutes. She really is the Love and Light in my life, and I Thank You all from the bottom of my heart for allowing me to adopt her.

Thanks from the both of us! 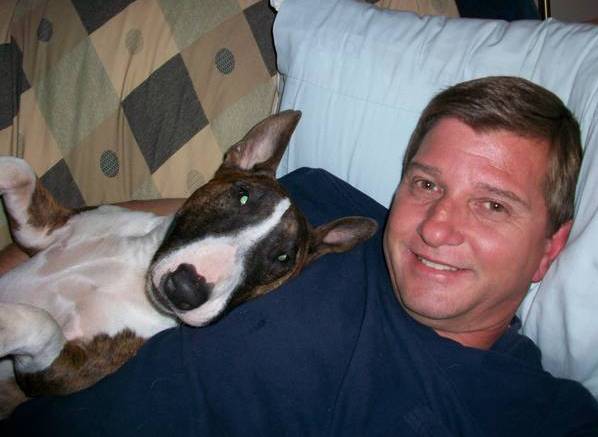