After being adopted over 1 year ago Fergus is loving life with his forever doggy dad. He makes new friends, dog and human, on a weekly basis and on multiple occasions has shown people, who were weary of bully breeds, just how amazingly sweet the breed can be. He has three best friends who are also bully breeds that he regularly plays with. He has learned to catch tennis balls although the returning them part is still in progress. Fergus has also learned all his commands with nothing more than a hand motion. Fergus loves his daily walks especially when he gets to wear his back pack, giving him a job to do. He also enjoys going drives in his dad’s Jeep with the top off and wind blowing through his floppy jowls. He even got to go in the pool this summer where he became a good swimmer even though it was pretty much in order to get out of the pool faster. Fergus has found his very happy forever home and hopes you can help some of his friend’s find one too! 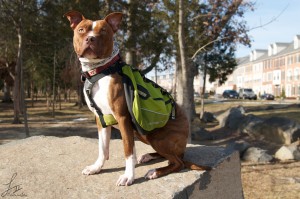 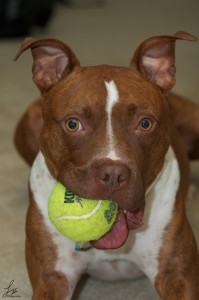 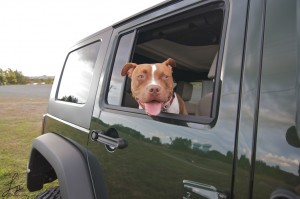